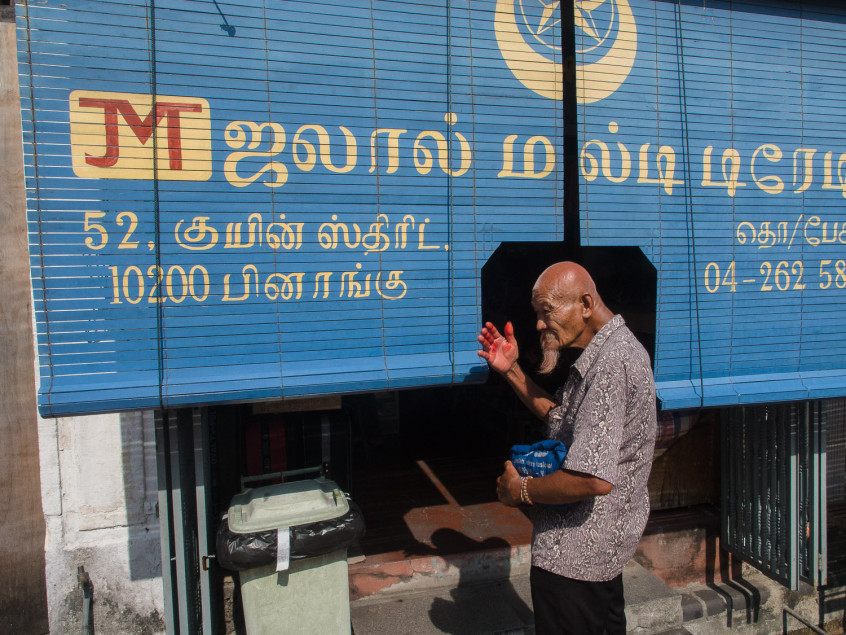 This was our fifth visit to Penang, more specifically Georgetown, a place we have come to love. Most cruisers go to Penang for two reasons: to secure a visa from the Thai embassy, and to visit Mr Ong of Liantraco. We were here to do both, and to catch a bit of culture, Penang-style.

This post accompanies our new video upload to our followtheboat youtube channel, which features a quick ‘things to do in Penang’ guided tour.

When Captain Francis Light took possession of the island on behalf of the East India Trading Company in 1786, Penang’s coast was little more than a swamp housing a small fishing community. As was the custom for European adventurers, he named the first settlement after his country’s ruler, in this case His Britannic Majesty, King George III. The East India Company soon turned Penang into a thriving colony, and it wasn’t long before traders and chancers from east and west were calling Georgetown home. Inside a traditional Chinese building

The city’s colonial mansions date back to the first settlers, but it is the iconic Chinese “shophouses” which dominate. These terraced buildings consist of a well-ventilated ground floor for trading, and simple living quarters upstairs. In front, covered walkways—some with elaborate arches—provide shade for Georgetown’s residents. Now tourists dodge the sun in a similar way, but perhaps they don’t realise they are often treading on the original English tiles laid down over a hundred and fifty years ago.

As Penang’s fortunes faltered, some residents moved from trading into more lucrative services, and many of the present-day galleries and guesthouses were once gambling establishments or opium dens. In 2008, after extensive conservation, Georgetown was granted UNESCO World Heritage Status because of its “unique architectural and cultural townscape”. Each street corner within the heritage zone is designated by wrought iron comic scenes depicting characters and stories associated with the area.

Art and Design of Georgetown

Georgetown is fascinated with art and design of all kinds. In 2012 Ernest Zacharevic was commissioned to paint a collection of murals within the inner conservation zone. Since then, artists have been adding their work to an increasingly exciting showcase of urban street art.

Best food in the world?

Voted by Lonely Planet and The Independent in 2014 as the number one worldwide destination for food, Penang is renowned for its canteens, restaurants and “hawker” food markets which feed local inhabitants and tourists late into the night. From simple street stalls selling skewered fish cakes, to restaurants serving stir-fried dragon spinach with Judas’s Ear fungus and egg, food in Penang is spectacular. Do not miss our fave restaurant, Teksen.

Today the city is a tapestry of cultures, from language, art and religion to food and festivals. And, although the Chinese influence is obvious, you will find a “Little India” there too. A tight gridwork of roads in the town centre is filled with the spicy aroma of southern Indian cooking, while Bollywood and Tollywood music splits the air through distorted speakers, and colourful sarees fill the narrow shops.

As UNESCO says, Georgetown is “without parallel”.

6 Comments on “Chemicals and culture: 48 hours in Georgetown, Penang”

How's your Sunday? For us we can't beat a kayak up