On a hot morning in Koh Lipe, we made the decision to head off roughly in the direction of Phuket. The wind was heading in the right direction, so while still tied to the mooring, we took out the main and mizzen and before long were sailing for the first time in what seemed like years.

Contrary to the video (spot the voiceover error) Jamie did not untie the snubber from the anchor, he actually slipped the line from its mooring. In any case, the result was the same as we gently eased off under sail in the direction we wanted to go. It wasn’t difficult because the sea state had been pretty flat for a while, in fact it was questionable whether we’d get much of a sail in at all.

Despite the light winds we decided to give it a go, and unfurled the yankee (our headsail). We made our way towards Adang and Butang, the two islands to the west of Ko Lipe. It was slow going, but gave us a chance to remember the joy of sailing properly. With no engine. Finally.

We sailed close in to the shores of Butang–the uninhabited island to the south west of Adang from which the group of islands gets its name–where we joined Neil and Margie of s/y Scarlet. We dropped the hook in this picturesque anchorage, and with with Esper safely tucked away from potential prevailing south westerlies, Jamie gave an impromptu lesson in diving techniques.

We took the tender for a tour round the anchorage, but our personal sunset cruise didn’t last long as Liz hooked a grouper within two minutes of trolling a line!

As we cruised through the clear waters Liz’s hit rate increased. 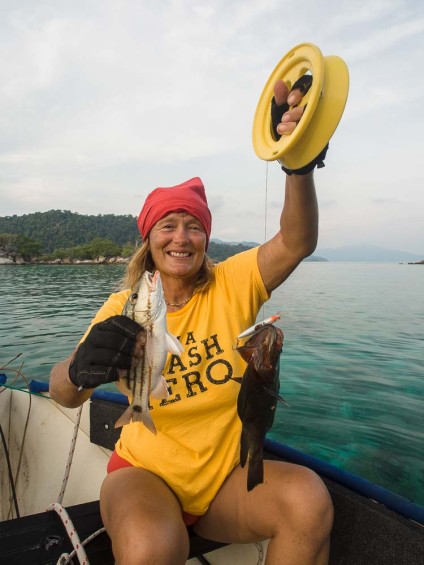 Liz with two of her catches. See the video for the action

With two grouper and two bream we had enough fish for supper, so we motored back to Esper just as the sun went down. A certain feline member of crew watched us approach from the stern of the boat, her nose tracing fishy smells in the air. We were greeted with happy meows and loud chirrups.

Jamie hadn’t gutted and filleted a fish in a while, and attempted to break the neck of the first grouper before doing his magic. It was difficult for two reasons: 1) the knives had not been sharpened in a season, and 2) Millie stuck her nose in to “help” at any opportunity. 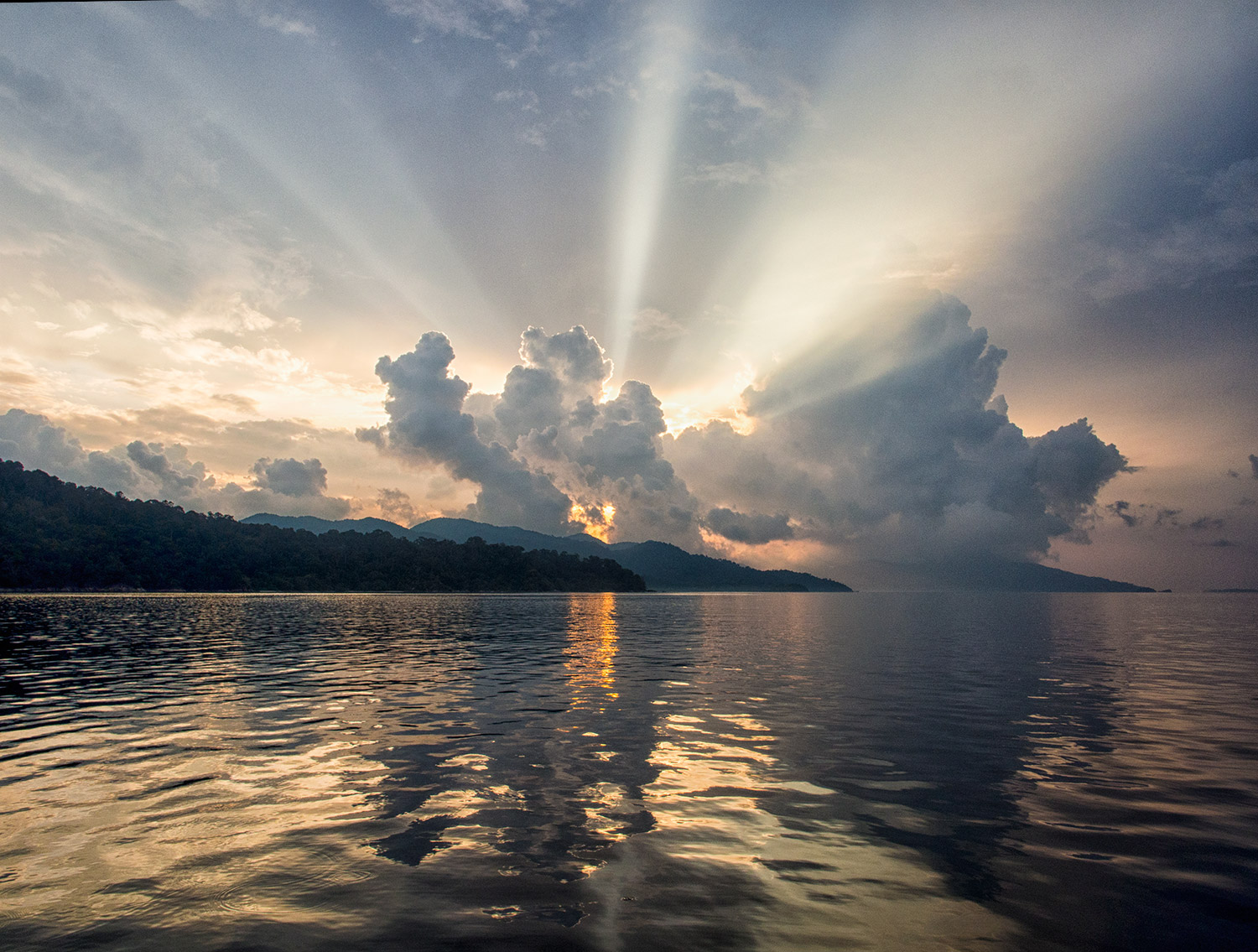 In our last update we talked about the vivid sunsets from anchorages around Langkawi. Now we don’t want to get boring about these living oil paintings, but the sunrise next morning over Adang took some beating.

Later, while exploring in the Portabote, we came across what looked like hundreds of tiny flowers, either floating just under the water or washed up on the sand. At first we thought they were blossom, but on closer inspection the fine, blue fronds surrounding a pale pink centre appeared to be more like some kind of jellyfish. After some google research, Liz learned that these sea creatures are called blue buttons, and had appeared in Odd Stuff magazine’s “17 most beautiful jellyfish in the world”. 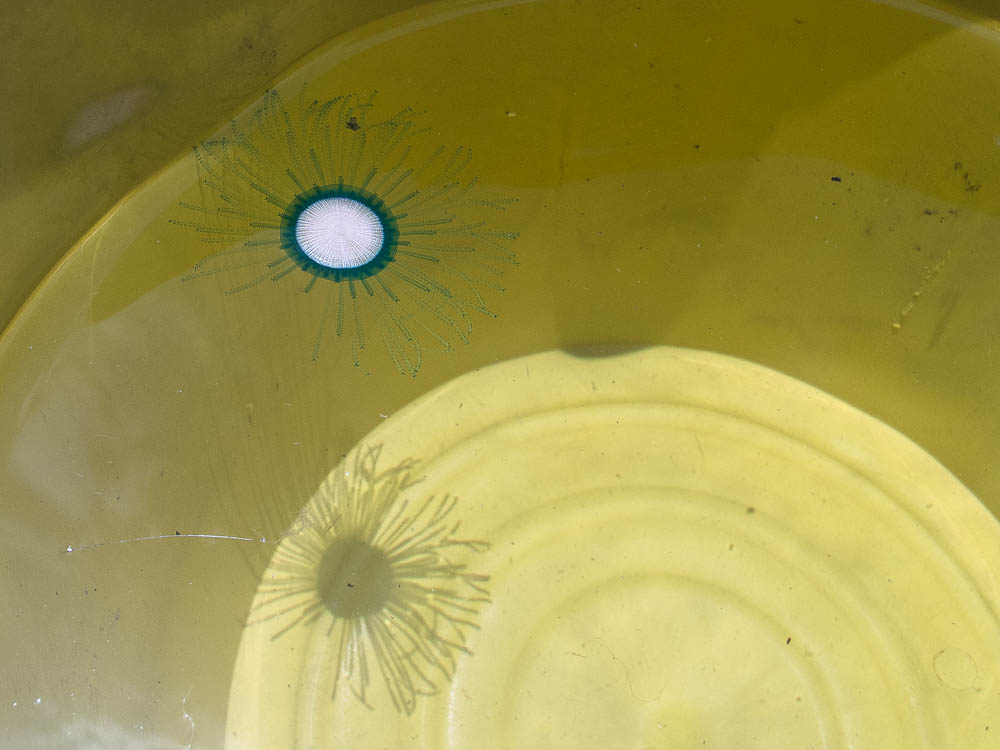 Except they’re not actually jellyfish. The Porpita porpita is, according to our sources, a “marine organism consisting of a colony of hydroids” which are found all over the world, from California to the tropical Pacific.

By lunchtime, the tide had receded so far we had to row across the reef to get out. Liz caught more fish off the shallow coral but lost one of her lures, and after a quick dive with a snorkel, Jamie declared it gone for good. After going home to Esper for another fresh fish dinner, we took the dinghy back to shore for sundowners by the fire with Neil and Margie.

Catch the video above or watch it here on youtube.