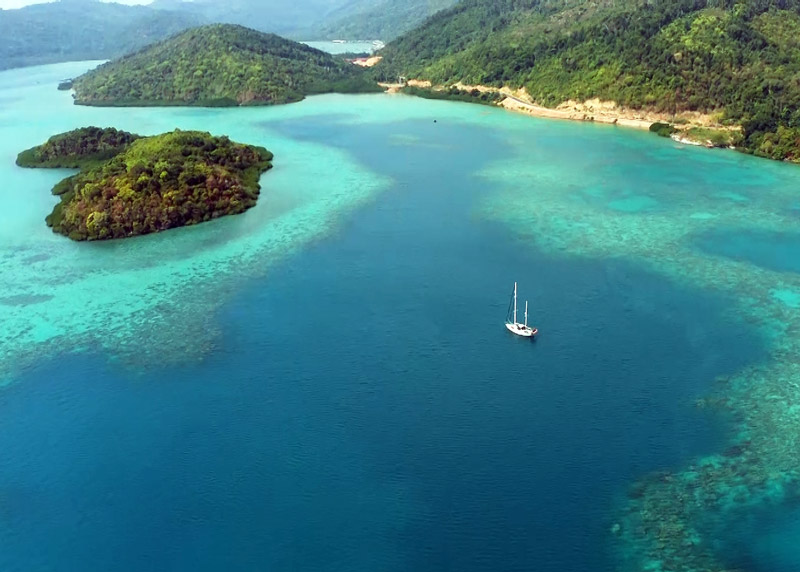 And the wind’s not in the right direction or the right strength. Why do sailors always complain about the conditions, and why are those conditions never quite right?

In this week’s YouTube episode we start off trying to find somewhere safe to anchor Esper overnight, but the fetch was so strong it wasn’t safe to put the anchor down. Eventually, after hours of searching, we ended up behind a small island with some respite from the waves. It meant being only 60m from the reef, but at least the water was flat.

After a night of interrupted sleep which had Jamie up on deck at the sound of any big gusts of wind, we set off in search of a safer place. But first we had to navigate through some of the trickiest passages we’ve seen in 13 years of sailing. When he first looked at the charts for the Anambas back in 2017 Jamie had been wondering if it was even possible to get through. 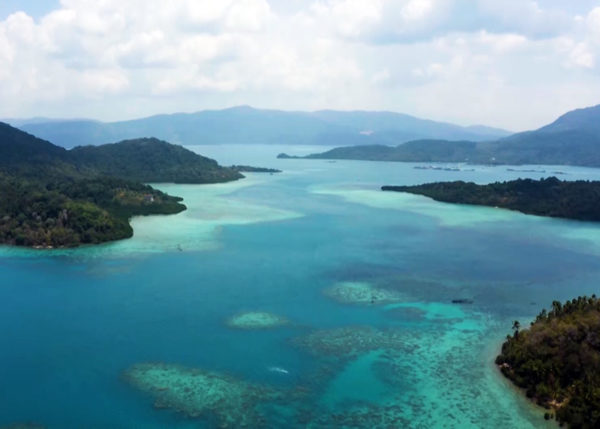 We went very carefully, taking it in turn to use the binoculars, charts and satellite images. From above the reefs and bommies are clear to see, but on the waterline they blend with the water and wavelets. Polarised sunglasses help and you need the sun behind you to make out the edge of hazards underwater.

Are you a regular viewer? Do you enjoy our work?  FTBMates is our private members club, for one-on-one chats with us. And to maybe pick up a gift or two:

We made it, perhaps a little thinner than when we began the passage with all the adrenaline we used, and once on the other side we headed to what looked like a pretty and deserted island.

Pulau Tobing is a tiny dot with tropical trees and a sandy beach. It looks like someone began to build there because we found a wall and trees planted behind it. But there was no sign of life and any construction had long been abandoned. Fishing boats used the small bay to mend lines and rest before going out again later at night. We anchored behind them and went ashore.

The water was clear and some coral had survived the building of two walls. On shore, butterflies smothered the shrubs and the island reverberated with the sounds of insects and birds. Things rustled in the undergrowth – probably monitor lizards and other reptiles. Shells littered the shore, but so did vast amounts of plastic detritus.

So much rubbish, mostly plastic, on one beach. How could that be? One reason might be because nobody lives or works there, so maybe that’s why no-one bothers to clean it. Other islands in the Anambas are similarly uninhabited, but have nothing like the amount of crap we found here. It’s clearly something to do with the current.

After a couple of days we headed off, back on our way to Tarempa to check out. And this time we had the perfect conditions. So good, in fact, that we managed to get some great footage from the drone of Esper in full flight. If the smoke from burning the rainforest on Borneo hadn’t created such hazy conditions it might have been even better…

If you had the power and the money, what would you do about this universal problem of plastic waste in our oceans? We would be interested in your suggestions.

Thanks for joining our adventure and supporting us on the blog, you are a star! ❤️

2 Comments on “Too many reefs to anchor safely…”