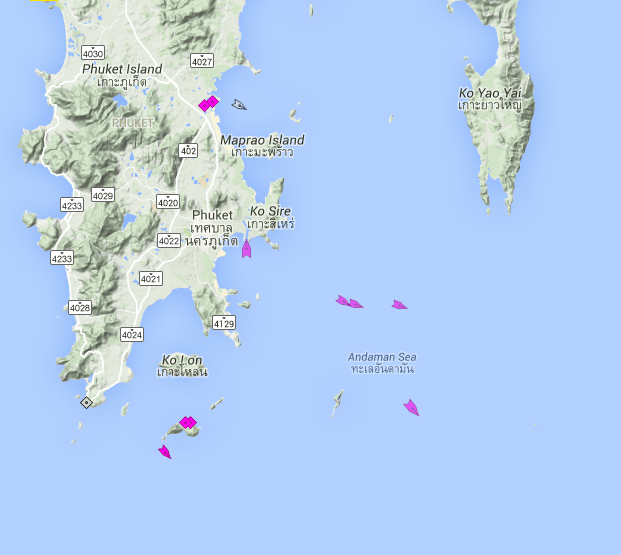 Earlier this afternoon I had to relay a medical emergency on the VHF because no one responded to the initial call-out.

It took me five minutes to realise that the person on CH16 was seeking help because they were not using the proper protocol and in that time no one replied. When eventually I responded it transpired that someone had had a heart attack on board a 180m transporter ship about 12 miles down the coast.

Eventually, after much to-ing and fro-ing, I managed to get the number for the port police and after over an hour they finally got in touch to say the police had arrived. This was not without much relaying between Yacht Haven marina and the boat in question.

I took a screen-grab of a live AIS map, which shows all the ships in the area that have AIS (if you don’t know what AIS is, don’t worry), of which there were around ten. For every one boat that has AIS, there’s probably another 10 that don’t since AIS is not enforced here…unless you’re a foreign pleasure boat (but that’s another story). [Figure shows all the vessels in the vicinity who had AIS. This is a busy shipping area so you can assume there were at least 50 vessels out there who should have heard that distress call. I’m somewhere off the map to the north.]

My problem is this: how can a massive vessel, surrounded by speedboats, day trippers, yachts, other commercial vessels, get ignored on the VHF? I even went as far as putting out an “all stations” alert on CH16 – nothing. Radio silence.

– Do not rely on VHF for assistance in an emergency.
– If you’re near land, load your phone up with all the emergency numbers you need.
– Learn how to put out a proper ‘pan-pan’ or ‘mayday’. It could be the difference between someone ignoring you and someone taking you seriously.

A Dutch guy here in the marina told me a story of a lifeboat in the seas near Singapore that was passed by ten ships before anyone took any notice. Perhaps there is an element of “don’t want to get involved” too?

It does not make me feel comfortable thinking about this situation were it to arise on Esper. There’s a lot to be said for the RNLI and a competent coast-guard. There’s no such thing in this part of the world.