Last year Liz won Letter of the Week in the Telegraph Travel supplement and her prize was free flights to Jordan. Since we’d missed out on Jordan whilst sailing the eastern Med we were both keen to head over there and check it out.

Some time in the future we’ll write properly about our time there. Followtheboat is about documenting our travel however we get around, be it by boat, plane or bus, and our short week’s break in Jordan was an incredible experience we’d like to share with everyone. The people, the history, the landscape, it is well worth a visit. 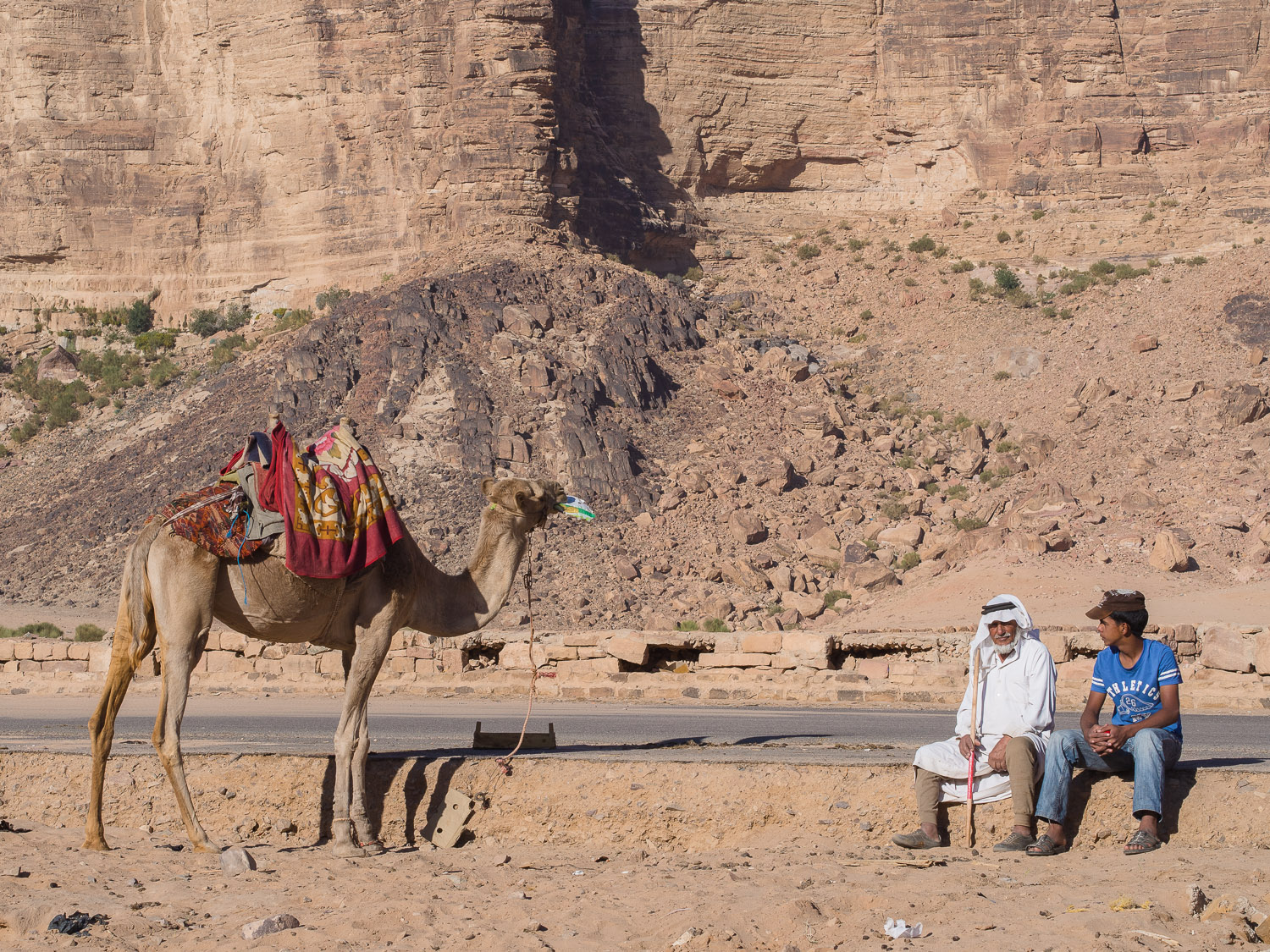 Today I thought I’d introduce you to Wadi Rum, the southern desert of Jordan. It has been inhabited by Bedouin tribes for aeons, and we opted to be taken around this beautiful area by a young Bedouin called Khaled. He now lives in a house just outside Wadi Rum but he took us into the desert by Jeep where we stayed in his ancestral camp, a location his family had been based for centuries. He cooked for us, introduced us to some of the traditions of the Bedouin, and drove us for many miles through the strange rock formations that have been shaped by occasional rainfall and wind.

We started in the established village just outside Wadi Rum. Liz and I climbed the mountainside to a well supplying water to the village. Over the mountain is another spring that watered the crew of ‘Laurence of Arabia‘, which is the only reference to that classic 1962 film you’re gonna read today.

It is strange seeing fresh water and vegetation in such harsh and desolate conditions as a desert. It’s the opening scene in the video clip, below. You can view this in wonderful HD if your bandwidth will allow.

One of the highlights for me was being dropped off in the middle of Wadi Rum and walking through a ‘ravine’. Khaled drove off and met us at the other side a few kilometres away. Walking through this ravine I came across a piece of perfectly preserved, albeit completely bleached, coral. At that point I could imagine Wadi Rum as a sea, with us walking on the bed. Set in the rock formations around and above us were many more coral formations and from that moment on my experience in the desert was like being at sea.

At night, in the camp, Liz and I opted to drag our mattresses outside where we slept under a blanket of stars. Again, it was like being at sea with just one difference: the silence. The silence of the desert was deafening.

We can recommend Khaled and his Rumshines Tours. They are rated as one of the best tour groups for Wadi Rum on Trip Advisor. Go there.

Here is the complete set of images taken from our time in Wadi Rum. You can view this as a full-screen slideshow.