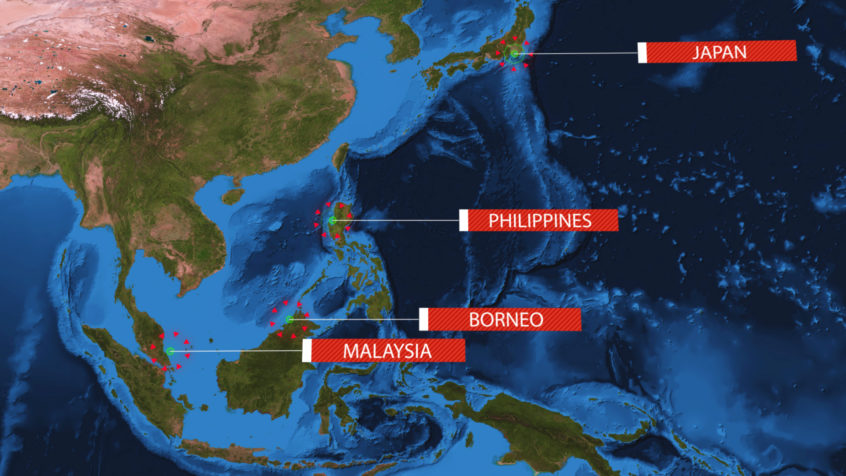 Monsoons, typhoons, pirates, currents and fog are all going to conspire to make this a difficult passage, so it’s up to us to work out the best way to get from Malaysia to the PNW via Japan.

SO WHY ARE WE HEADING EASTBOUND ACROSS THE PACIFIC?
Most vessels travel east to west, and you may have seen other cruisers doing exactly that. This is because the trade winds, currents and weather patterns make it the natural and more comfortable choice for a circumnavigation. Heading east is more difficult because these things are against you. With detailed planning, it is possible, and a number of boats do it every year.

When our PATREONS voted to send us to PNW via Japan, we realised we would have to passage plan through pirates and typhoons across 7500 miles, Liz rolled up her sleeves and got down to some serious research…

Question: So how do you plan a passage through pirates and typhoons?
Answer: Carefully!

Before we talk about weather, the major consideration when passage planning, it’s worth bringing up both of these points.

Security – It is always important to keep an eye on political and security developments in any country you are intending to visit.  In recent years the Philippines, which used to be a popular cruising destination, has been hit by political unrest in the south and there have been some horrendous incidents of kidnapping. It has been confined to one area around east of the Sulu and Celebes Seas, and the whole of Mindanao. Although these incidents have faded, and President Duterte has Abu Sayyaf on the run, we have decided we will not take any risks by entering these areas.

Politics – can also be a problem when your home country has a dispute with the destination country in that visa requirements and lengths of stay can suddenly change. This happened a lot in India, when each time we left the country we went through different hoops and ended up with different visas depending on UK relations with India! 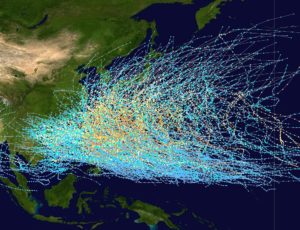 Weather – The most important aspect when planning a passage of this length is to work with known weather systems. We will have monsoons, typhoons, currents and fog to consider in this long passage and these will dictate the shape of our journey as well as timings.

DISTANCE
Not taking into consideration all the local cruising we will have, the total miles for a direct passage is: 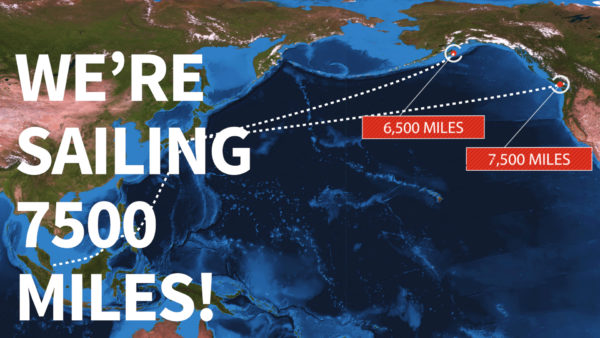 SO THIS IS THE PLAN:
For passage planning we usually find that the best way is to work backwards from the final destination. This allows us to set concrete(ish) dates along the route for each major stop and shows us where the windows are tight. This in turn dictates how long we will have at each destination. So this is how we put together our current favourite route:

So, in a nutshell:

SO WHAT COULD CHANGE?
Anything and everything! We may end up staying longer in the Philippines or Japan, and that will delay us by a year. Who knows? We don’t…yet.

Keep following us to find out what happens next!

4 Comments on “HOW TO PASSAGE PLAN THROUGH PIRATES & TYPHOONS!”