We slipped the lines at 10am, making the most of the strong tides that run around Alderney Race, though this was nothing like our outward journey. We had the steering back for one thing!

After passing Cherbourg we turned the engine off to find that we were doing roughly one knot through the water due to changing tides. Five knots of wind and fed up with the engine on… spinnaker anyone?

After much playing around with poles and lines we finally hoisted the……spanker! Turns out it wasn’t the spinnaker that had been packed neatly into that bag, but it didn’t matter. Immediately we increased our speed to 5 knots and kept running until 2030, just before sunset. It was a great run and a very smooth ride. With night coming in we kept the main up and approached the mouth of the Seine early in the morning in very strong tides. Once through the lock we were moored up along the harbour wall in Honfleur. For the first time the skipper didn’t crack open a beer!

I think Honfleur suffers from the statement that it is a typically French town. Well of course it is, it’s in bloody France! But if you want a town that really is French, then Honfleur is the place. Having said this the buildings looked very Dutch, though the merry-go-round, cafes and plentiful fruit-de-la-mer really do make this place something to experience. On such a hot day it seemed rude to not drink loads of beer. We got extremely drunk (of which there is some embarrassing video evidence). We tried the cultural experience (the ancient wooden church and musing over the many views that inspired the painter Boudin) but drinking just seemed to be the order of the day.

Monday – hung over and sh!t weather. It rained most the day and town was back to work. A very different place indeed. It didn’t stop raining till the middle of the afternoon but it was a chance to buy some Calvados and pommeaux. Linda and I also bought hats off a very French French bloke. A great way to end out trip! 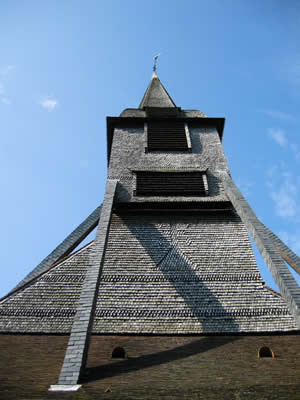 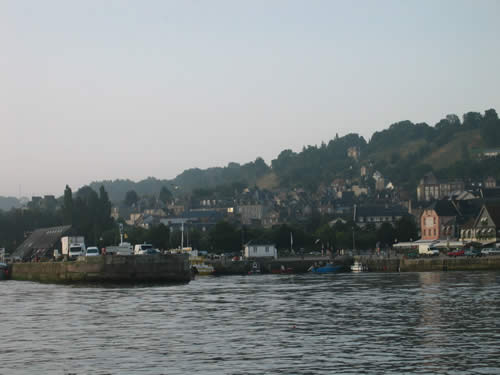 Honfleur, first thing in the morning

How much does a total sailboat refit cost? For us,

Just posted our 200th episode, and decided to incl

Getting Drunk In Honfleur | followtheboat
7ads6x98y
We make weekly videos!