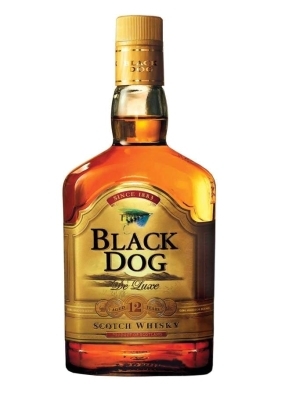 One frustrating aspect of living in India is the lack of decent booze. Rum is in abundance, but it can be quite sweet; wine is available with just three labels worth talking about, but their flavour does not justify the price; as for the whisky… The only way I can describe Indian whisky is ‘caramalised fire-water’.

The main problem with Indian whisky is that it is distilled from fermented molasses, so by definition it should be labelled as rum. Indeed this has lead to issues between the EU and Indian distillers over the use of the word ‘Scotch’ (think French protecting the use of the word ‘champagne’). Having sampled Indian whisky I’m not sure you could even label it ‘rum’. ‘Hooch’ just about describes it. 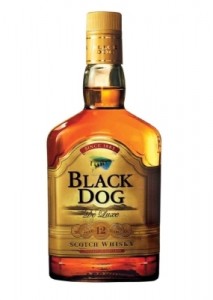 One way in which Indian breweries have got round these issues is to buy up Scottish distilleries and use proper Scotch whisky to blend it with the Indian firewater. United Breweries, for example, has bought into a number of distilleries and brands including Whyte and Mackay and Isle of Jura. This is supplying the large market of whisky drinkers among the more affluent Indians (a market a lot larger than you’d expect) who are a little bit more discerning than the local drunk I often bump into queueing outside the state-run liquor shops of Kerala.

Having already tried Bagpiper (and liking it) I was pleased to have got hold of Black Dog. Also owned by United Spirits (part of United Breweries) this smartly labelled blended is actually quite pleasing.

When I drink whisky I’ll either mix it if it’s a blended, or drink with an equal measure of water if a malt. Since Black Dog is a blended I was keen to get hold of a decent mixer, but try as I might I simply could not source ginger ale anywhere. Ginger beer would have sufficed but my usual delivery man has only tonic water (and if you’ve tried Indian gin you’ll understand why we stock up on Bombay Sapphire when coming through Dubai airport!). I’d be interested to know how Indians drink their blended if sourcing mixers is this problematic.

Failing to find a mixer I drank my Black Dog straight, with water. With its amber-colour this Speyside is perfectly acceptable for a blended. It’s still quite sweet, with hints of honey, but this is off-set by a woody flavour. I’d put it above Bagpiper in my preferences, though the recommended retail price of 1835 INR (approx £20) is expensive, which I assume is government tax. This is frustrating and puts it outside my own price range. Since I only ever buy whisky at the airport, I’ll pay up to £35 for a half-decent malt, but £20 for a blended is steep, especially by Indian standards.

If push came to shove, however, it’s reassuring to know that there is a half-decent blended to fall back on should my gin supply dry up. I’d be happier still if I could find a decent mixer.