Next day saw us heading off for Bozburun which, compared to where he had been so far, was a bustling metropolis with proper shops, restaurants, butchers, fishing tackle shops etc etc – as we pulled in I started to get the jitters about being in such a built up area but managed to quell these fears and have a walk around this conurbation which took about 3 minutes.

Right then, time for a beer.

After the earlier hard sell of his food by a chap outside his restaurant we decided to go back there for a beer as it had the best waterside aspect  …  this turned out to be a mistake as the guy was Mr Annoying with a really stupid voice and an over familiar touchy feely manner.  Jamie was warming to him rapidly but we prized him away and moved onto the next spot.

Matt sweeps the sea-bed of octopi

We stayed in Bozborun for a couple of days and during the day sailed around to various anchorages, had a swim, some lunch, caught some sun, read, chilled, chatted etc etc – it really is quite a stressful life on the boat.   I also started an Octopus hunt as the fishies didn’t seem to be to accommodating or indeed even present.   My strategy was to snorkel around with the boat’s sweeping broom and poke the handle into various likely looking holes in the rock with a view that the Occie would get very pissed off with this intrusion and wrap its tentacles around the broom allowing me to extract the Crustacean, at which point I was going to turn its head inside it which is the way to dispatch tour eight legged friend [ I had seen this done on TV and was sure I could perform said deed ] – alas there were no Octopi home in any of the bays we tried over the following days so I was never able to test this fishing method.   I was also secretly relieved as I do think they’re a very intelligent creature and I would have probably felt bad about killing it. 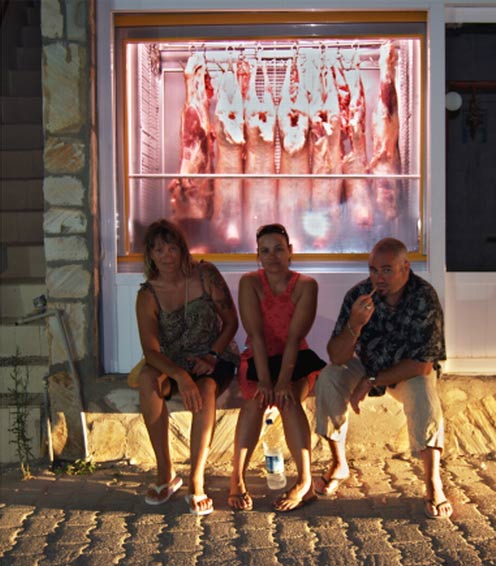