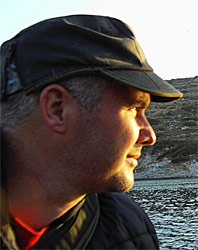 Strangely, and very unlike this time of year, the winds were blowing from the SE, which meant a fantastic sail from one anchorage to the other. We were so pleased that Jay and Orla were getting their money’s worth from the wind that the fact it was cloudy didn’t really matter.

As we arrived in Cokertme the wind had really picked up and it was perhaps a little silly coming into this anchorage as it is south-facing. However we tied up to one of the restaurants and had fun trying to get off the boat as she was bouncing around like a beach ball. Indeed Orla had to get off as soon as possible as she was feeling a little sick and so we had a big discussion as to whether we should actually move on to a more sheltered anchorage.

Time wasn’t on our side so instead we sat the wind out which eventually died down, allowing us a wonderful evening in the Coketme Restaurant. This place is family run and the hospitality and food are second to none. Rod Heikell, who’s pilot book we use daily, had made some disparaging remarks about all the restaurants except the Rose Mary. We popped into the Rose Mary and met the owner, an arrogant and aggressive prat who insisted on showing us his freezer full of fish whilst boasting that he was the recommended restaurant in Cokertme. If ever you visit this place, avoid the Rose Mary. He doesn’t deserve your money. In our opinion the Cokertme Restaurant is by far the best, whilst other locals use the Captain Ibraim. We rounded the evening off by purchasing some home-made wine. 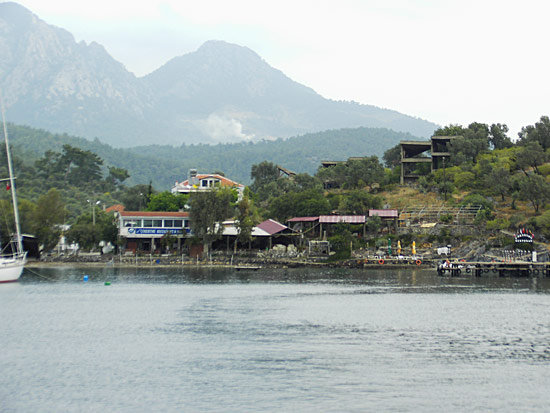 A Storm Is Brewing | followtheboat
7ads6x98y
We make weekly videos!