Before we left Sukia Pokhri, our new friends took us on an afternoon tour into Nepal, where we drank beer and were served noodles by the family of one of the school children. We asked them where we should go for the best view of Kanchenjunga. Jiwan told us to avoid Tiger Hill where the noisy domestic tourists from Darjeeling went by Jeep every morning. Deven insisted we try the view from 10,170ft Tonglu: it’s closer (just) and clearer. It’s also a pleasant walk. They persuaded us to take a trek in the Singalila National Park, and arranged a guide for us. Great believers in local knowledge, we happily accepted the invitation and the following day we set off just after sunrise. 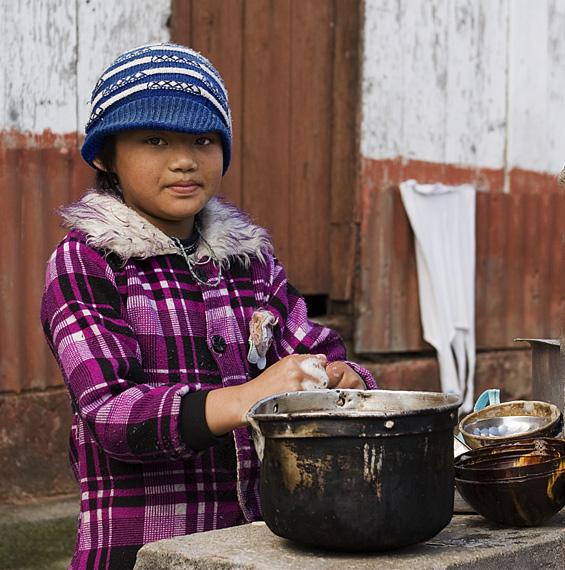 Nepali girl tasked with doing the family's washing up

Pemba, who was commandeered in to show us the way,  is a 21 year old local student, who had recently trained as a guide; he was eager to practice his new job and excellent English on us. We soon learned that the Nepali idea of an easy walk is quite different from our own. The first day included the steepest part of the journey and took eight hours. It drizzled. It thundered. The lightning crashed around us. Not for nothing was Darjeeling named by Tibetans the ‘Land of Thunderbolts’. In fact it rained during the entire trek. 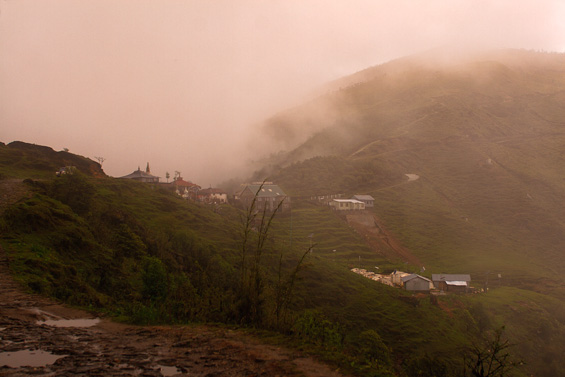 At Tumling, after a toasty night under thick blankets in an un-heated mountain hut, Jamie dutifully got up at 5:30 for a hike up to Tonglu. He was hoping to catch the sun hitting Kanchenjunga through his lens. Unfortunately the vision lasted only a few seconds before the clouds came lumbering across the horizon, gobbling up the mountain and valley. 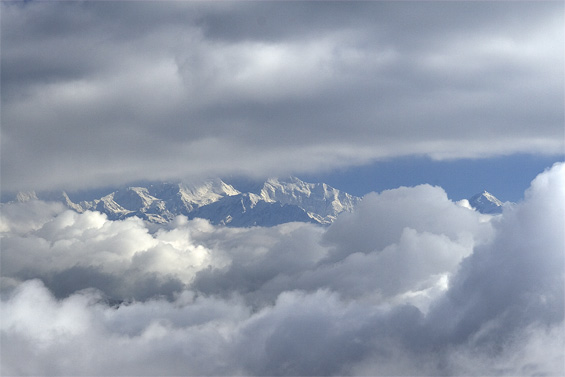 Blink and you'll miss it

We stopped at the homes of Pemba’s friends along the way to drink an odd assortment of tea, sometimes with butter and at other times with salt. We gulped down anything they threw at us. At ‘Chitray’ (‘Bamboo House’) we met a young Lama and his entourage of monks. Chitay is a collection of timber buildings which make up a farm, complete with goats, dogs and chickens mooching around the yard. The largest building doubles as a family home and restaurant. We fell into the warm, dimly-lit dining room, steam pouring off us, and knocked back masala chai as we chomped on biscuits. After a while we noticed an old man sitting in the shadows. He smiled and raised his glass to us, so we nodded and waved hello back. His name is ‘Chitray Pala’ (‘Bamboo House Papa’). 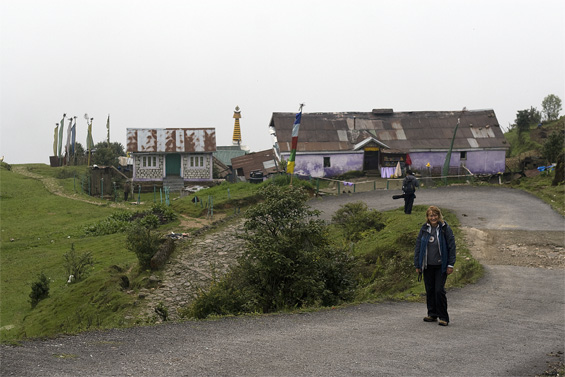 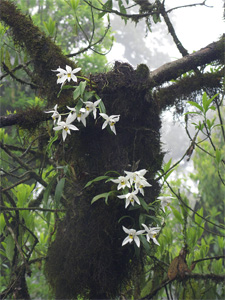 Orchids growing by the roadside everywhere

We chatted to him and, through Pemba, learned he was 80 years old. Fifty-eight years ago he was imprisoned by the Chinese in Tibet. He knew he would never get out alive, so after twelve days he escaped taking his mother and father with him. He didn’t know how many miles they walked over the mountains, but he told us it took two months to get to this place, where they built their first farm out of the local bamboo. He finished his coffee and went off to talk to the young Lama. The young man blessed him.

Chitray Pala shouted goodbye to us all as he set off up the hill in the rain, carrying a heavy piece of corrugated iron on his back.

“He’s going to mend one of the shacks on his farm,” Pemba told us.

An elder resident in the Himalayan foothills 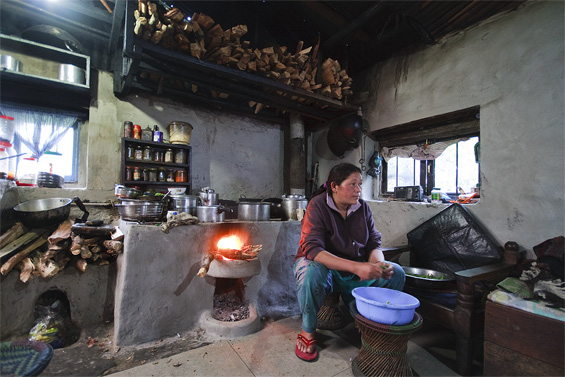 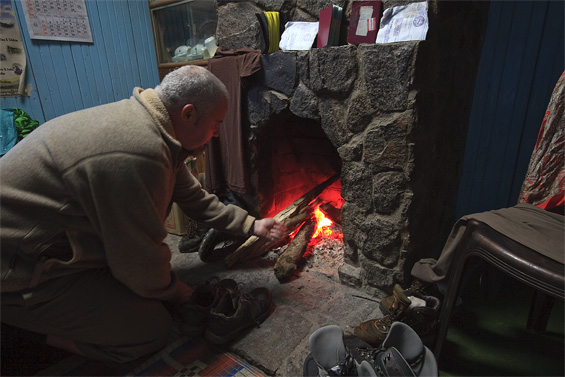 Jamie attempts to warm himself up by the fire...

... and then learns that the locals warm themselves up with millet beer 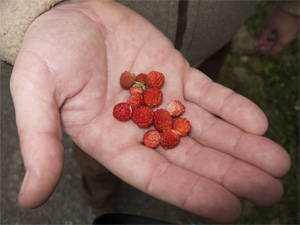 We didn’t get a glimpse of Kanchenjunga during the trek, the clouds never parted at the right time. But we found other delights: we saw garlands of orchids hanging from the forest trees; we filled our tummies with wild strawberries; we spotted eagles flying beside us; and met maroon-clad Tibetan monks in sandals playing football with a can.

2 Comments on “Salty, Buttery Tea: A Trek in the Himalayas”