This week, we head back towards the pirates (hitting submerged logs, dodging debris, running aground and navigating shallow water on the way). But first we have one more night in the Kinabatangan River. 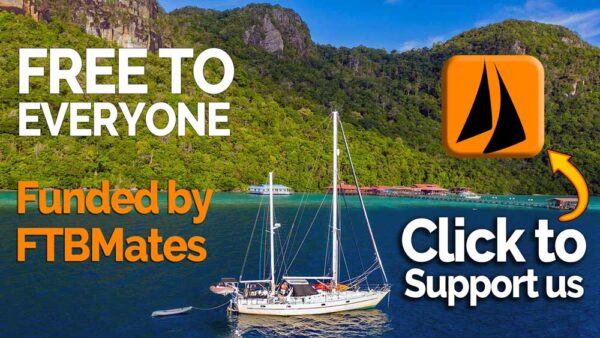 We take the dinghy up an overgrown tributary to an oxbow lake (or is it an abandoned meander?). The Kinabatangan is a meandering river. But what does that mean exactly? We did a little research after visiting this beautiful place and discovered some facts…

After a river has poured down from a mountain (or a small hill) towards the sea, it will often end up on flattish land known as a flood plain. At that point it will slowly wind, loop, bend and turn this way and that as it lazily makes its way towards its estuary.

The curves of that lazy river are known as meanders. And they are created as the river erodes the sediments comprising an outer (or concave) bank and deposits them downstream on an inner (or convex) bank. That is why we are sticking to the outer banks as we go round corners because that is where the water is deeper. 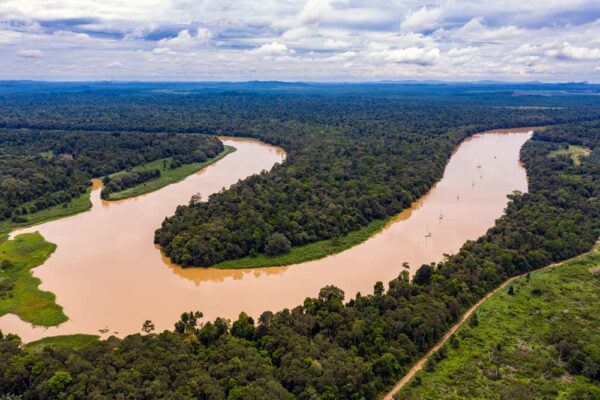 An abandoned meander is one of those bends that has been cut off by its stream. This might happen after heavy rainfall causes the river to burst its banks looking for the quickest way forward. Over time that abandoned meander is completely abandoned by the river and becomes isolated on the plain, then it is known as an oxbow lake. Eventually delta-like features block either end of the abandoned meander to form a stagnant oxbow lake, separated from, and independent to, the river. Finally, without new water flowing in from the river, most oxbow lakes dry up and become just indentations in the flood plain.

After our final night in this tranquil and fecund river, we made our way back to anchor in the pirate zone, where we resume night watches while the ESSCOM military escort patrols until dawn.

Thank you for your fantastic support and for encouraging our travel story-telling.