Siobhan: all the way from S. Africa!

It’s perhaps not surprising that my best holiday so far was the result of a series of coincidences and good fortune.  Even now, parts of it feel like a dream.  How likely is it that your boss in South Africa tells you that you’re being sent to a conference in Istanbul and that – taking a chance because you know your friends are sort of crazy – when you email friends in London to say you’re going to be in Turkey for a few days, do they want to join you, they come back immediately to say that they’d love to.  But it doesn’t end there – Candice and Matt (the crazy friends) then go on to say that they happen to have friends who they think are living on a yacht somewhere off the coast of Turkey and maybe we could all meet up somewhere.  And next thing you know, its after midnight and you’ve flown all the way from South Africa to Istanbul and are now on your way to Dalaman to be picked up by a taxi driver who will then drive you a further two hours along the Turkish coast where you will meet Jamie, Liz, Millie and the good ship Esper for the first time.

It was sometime in the bleak hours between midnight and 4am that I boarded Esper.  Everyone other than poor Jamie had sensibly gone to sleep (helped along, I’m told, by a fair amount of alcohol) but somehow he was still amazingly hospitable, showing me the bunk that would be my bed for the next few days and the small window above it that I could close if it became a bit chilly, checking to see if I needed anything to eat or drink, and then leaving me to finally collapse after 36 hours in transit.

When I finally surfaced in the morning and wandered onto the deck I couldn’t believe it.  I had somehow woken up in paradise.  We were moored off a small jetty looking onto a quaint ocean-side restaurant.  The sky was deep blue, and the water so calm that it looked like a mirror.  The others were already awake and after reintroducing myself to Jamie in a slightly less hazy state, I met Liz – his partner and sailing companion – for the first time.  Between the two of them, I felt at home almost immediately and by the time I had to leave four days later, felt as if I’d know them almost as long as Candice and Matt.

I won’t bore readers of this blog with a blow-by-blow account of the four days, largely because I don’t think I can do the food, the scenery, the people and our social interactions sufficient justice.  What I will do instead is recount specific moments that will ensure I remember this brief holiday forever: 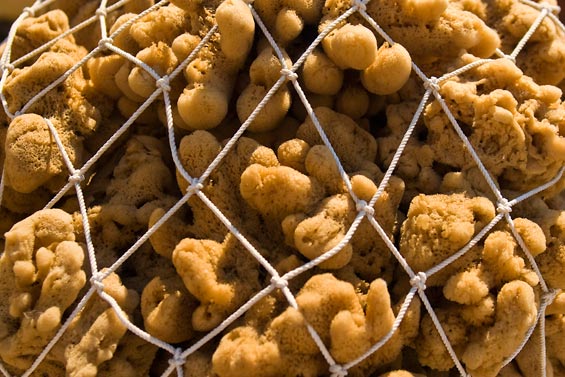 Sponges. Could have done with some of these.

It certainly helped that the Turkish coastline was both wild and beautiful, that the food is phenomenal and that the weather was spectacular.  But the cliché that its not where you are, but who you’re with, holds true.  While I knew that a holiday with Candice (one of my oldest and dearest friends) and Matt would be wonderful, I could in no way have anticipated the hospitality and warmth of Liz and Jamie.  They made me feel instantly at home, taught me the rudiments of sailing (at least enough to not be a danger to myself or those around me) and entertained us all with stories of their travels.  There is something incredibly brave about deciding to step out of the rat-race and live one’s life a different way, and from everything I’ve seen, it certainly seems to be working for them.

They’ve probably already started the next leg of their journey and I can only hope that our paths cross again at some point.  Thank you for the most wonderful experience.  I have no doubt you’ll be responsible for helping others create many more.

2 Comments on “From South Africa To Turkey”