Fishing on A Thai Squid Boat

It’s important to leave the yard once in a while so we jumped at the chance to go fishing for the evening on a Thai squid fishing boat. 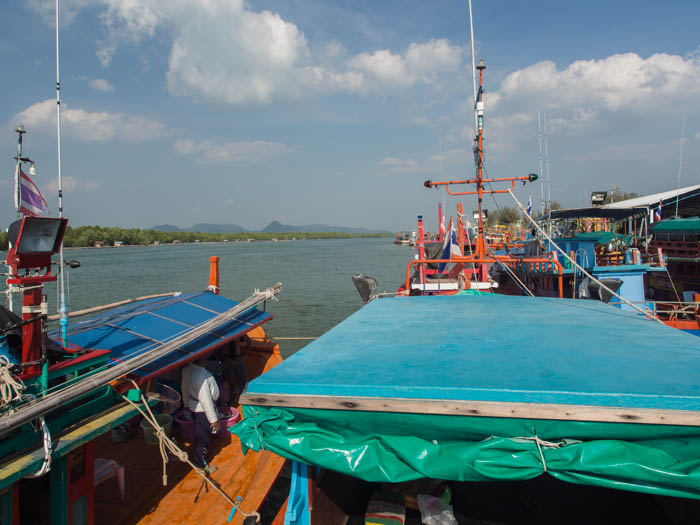 A few of us joined Jia and Julie (of PSS Shipyard) on this little 24 hour excursion. We left the port town of Pak Bara, about an hour’s drive from Satun and the moment we slipped the lines we were reminded what our refit is all about: being on the open seas.

After a spot of trolling and jigging (squid fishing with a line) the sun set and the crew turned on a bright green light, which attracts squid to the surface. At this point I thought the squid was just to eat but it turned out they’re used as live-bait.

After a few hours of line fishing the crew put the two bamboo outriggers to use.

A net was dragged out using the two outriggers and the green light was changed over for a red one. Immediately hundreds of squid and fish rose to the surface, attracted by the light and it didn’t take long for the crew to haul the net and scoop out the catch. 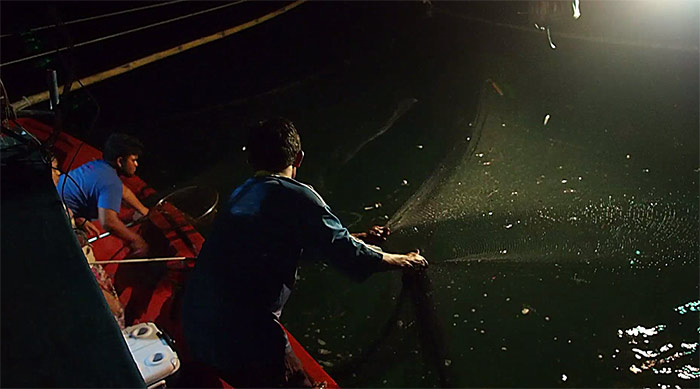 All fish and squid caught are then put into a submerged tank at the front of the boat that has holes in the side to allow the fresh sea water to wash through it.

Liz, being the avid fisherwoman that she is, stayed up till the early hours. I went to bed early, rocked to sleep by the bouncing boat. It was great to be back on the water with the fresh breeze and lapping water.

The next morning was a different kettle of fish (geddit?). Now that we had around 50 squid, some whitebait and other smaller fish in the tank, we could use these as livebait for the bigger fish. Tony Windrose, an old salty seadog in PSS doing up an old wooden S&S, was on fire. Where I caught four fish, Liz five (and a squid), Tony was pulling grouper in at a rate of knots. I think he retired after catching his twentieth fish. 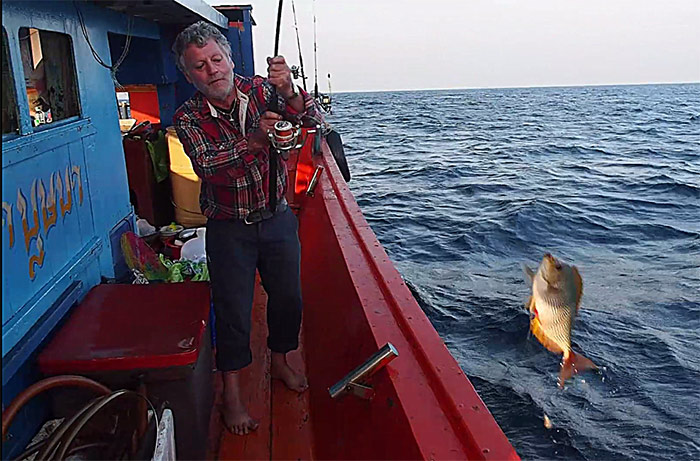 With all this fish on board the crew were able to set-to and prepare us a final lunch of friend grouper, red snapper and sashimi squid. 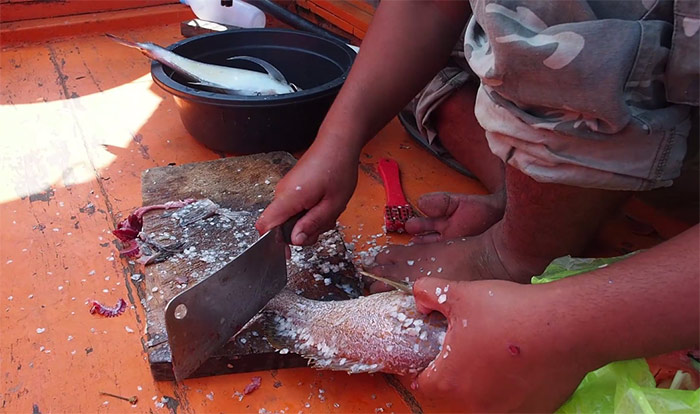 For a 24 hour fish the catch was pretty good: 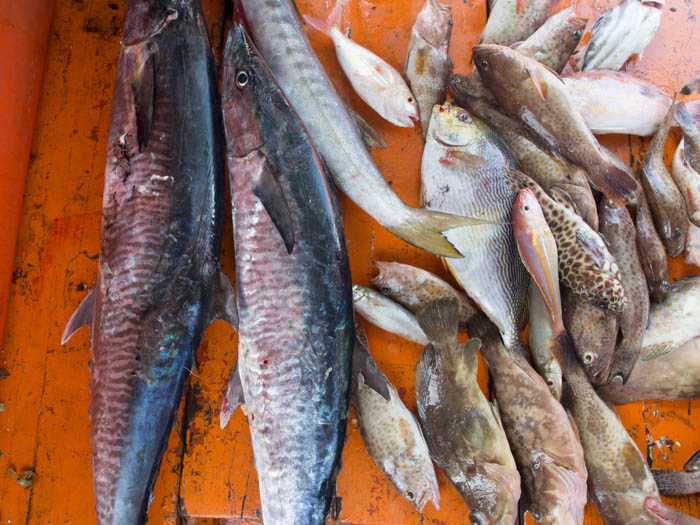 Perhaps the most satisfying part of the trip, however, was returning back to the yard, stoking up the barbie and cooking up a huge meal that fed over 20 people. For a moment on the trip I thought we were over-doing the fishing but it’s good to know that all that fish didn’t go to waste.