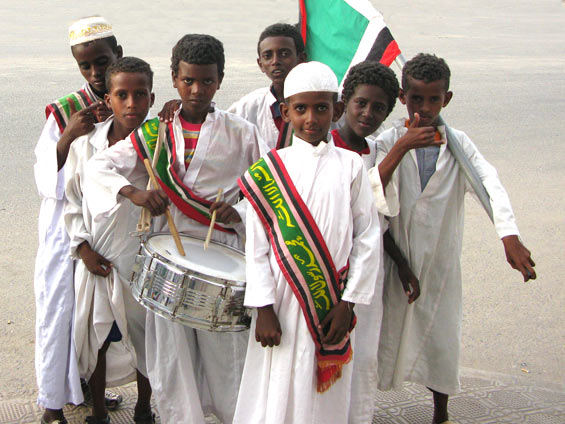 We returned to Massawa and Liz, bless her, went down with the nasty fever that was spreading amongst the yotties. It was a shame because she missed ‘Fenkil’, which was the 20th anniversary of Eritrea’s independence. It was an important day for the country and we were honoured to be present at such a significant occasion… 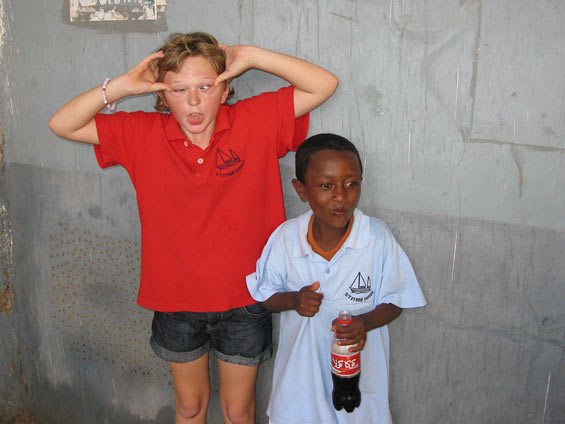 Leah of 'Storm Dodger' and the dinghy boy celebrate Fenkil

I have to say I was a bit disappointed with the celebrations. I was expecting jump-ups, street-corner carnage and general noise and mayhem. Nothing like that at all. Everyone came in from the surrounding towns and villages dressed in their Sunday best and were all very well behaved on this hazy afternoon.

The president came to speak to the crowds at the port and there was a small naval display, as well as school kids acting out something that I couldn’t see in person but was able to watch on a crappy old TV in a bar just 100 metres away, supping a cold one.

There were about 15 yotties in that bar though, all working their way through the cool, local beer and it didn’t take long for us to be surrounded by the local kids.

Pat of 'Full Flight' makes new friends wherever she goes 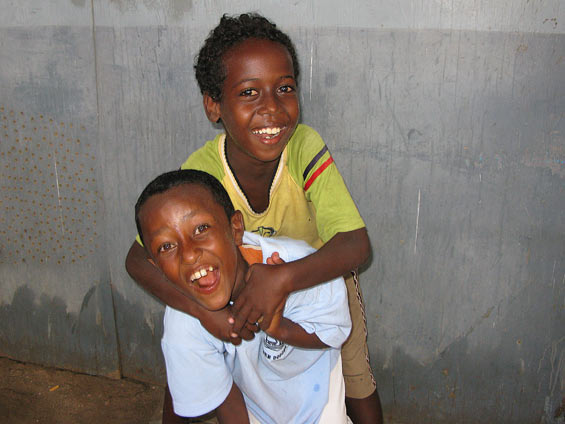 It was great fun to see the steam train that they had commissioned for the occasion.

There is a railway that runs from Massawa to Asmara, which is no mean feat when one considers the elevation of the track in order to get up to the capital. 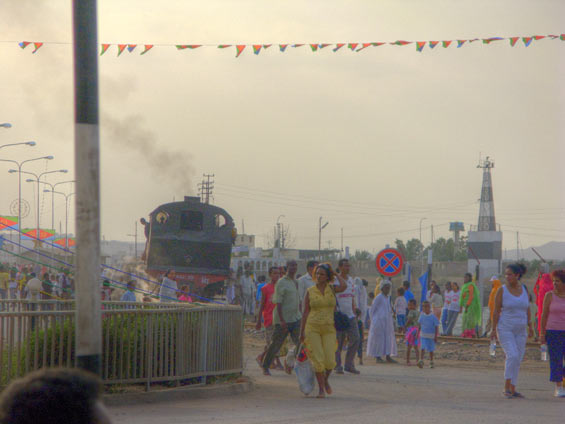 The driver was suitably oily and he drove the train backwards and forwards, picking people up from the bus station and driving them in to town. 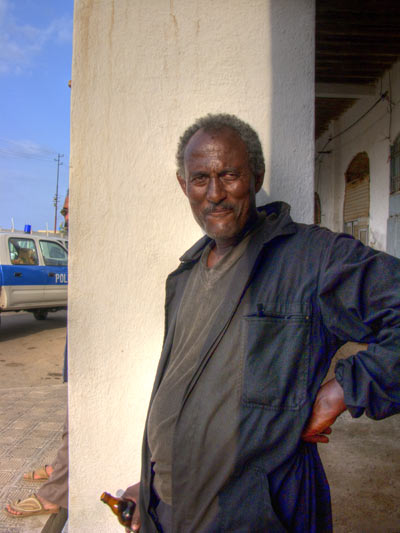 The train driver enjoys a bit of drink-driving

The good behaviour of the party-goers is testament to the greatness of the Eritrean people. Eritrea, dear reader, is now my most favourite country I have ever visited (whatever that might mean). 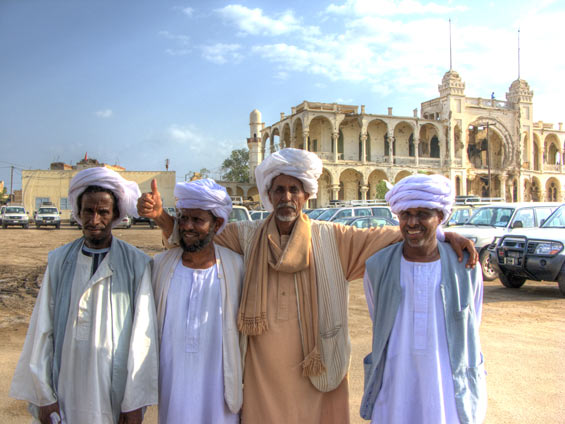