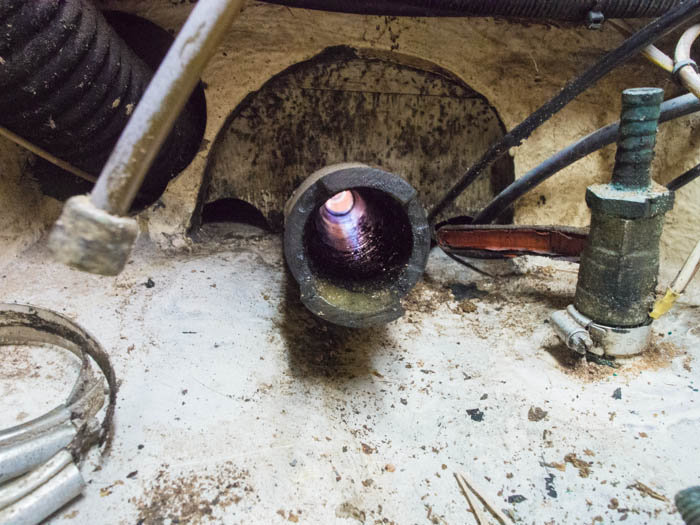 Dang the varnisher’s back, as are the electricians. The sparkies have finally installed the LED dimmer switch and it looks good. Dang is preparing the boat for its last coat of varnishing whilst I remove the old stuffing box in preparation for the new PSS Dripless Seal.

It’s a short one this week as I was off ill for three days, but I answer Boyd Goldie’s query about the nav station area.

The return of the electricians

The electricians, after four weeks off, have returned. They got cracking with the LED dimmer and lighting configuration in the saloon. I don’t have many photos this week so check out the video clip to the see the lights in action. Electricians aboard Esper wire up the saloon LED lights

We have a new sparky too. His name is Nut, where the ‘t’ is almost not pronounced, if that makes sense. He can speak English too, which is always a help. Here he is making lots of notes: Removing the stuffing (packing) box for the PSS Dripless Seal

The stuffing box is the case that sits around the shaft at the point that it enters into the boat through the hull. It works by constantly greasing inside the case, which combines with a small flow of salt-water to lubricate the spinning shaft. The downside to a stuffing box is that a drip of every one second has to be allowed in order to lubricate the box. This means you soon have a bilge full of greasy salt water. Enter the PSS Dripless Seal. Just thought you’d like to know. He’ll be preparing inside for Esper’s final coat of polyurethane varnish.

Muslim holiday Eid al-Adha for the next few days. Jia, the yard manager, warned me some of my workers may not be in for a day or two next week. Turns out none of them will be in until Thursday!