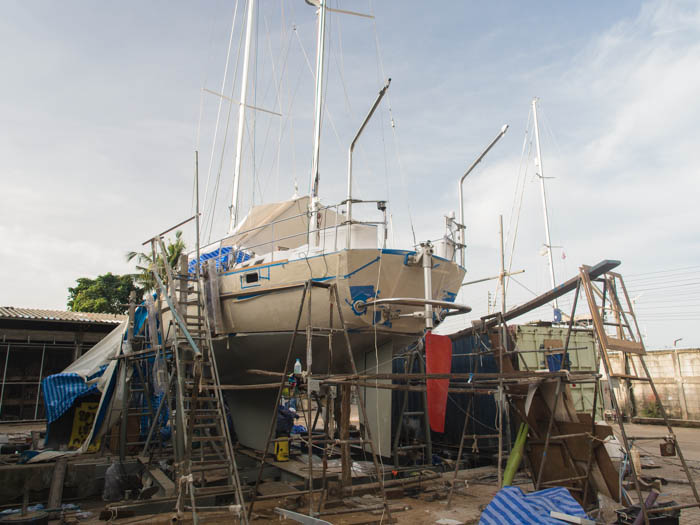 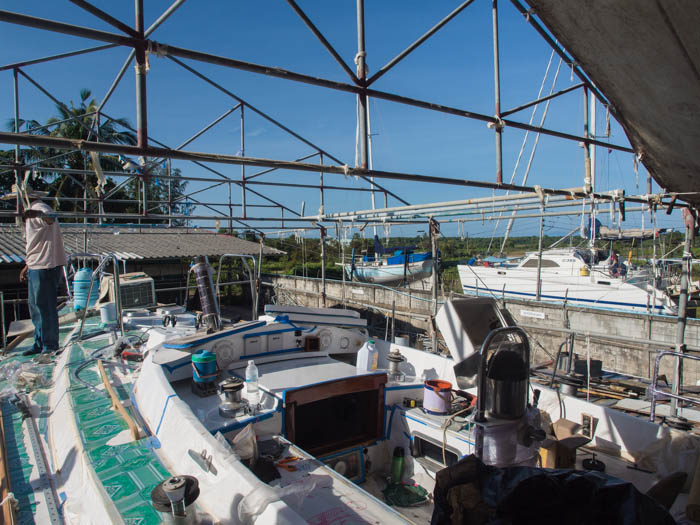 We need to haul out, so Jamie checks out the local

You've sailed for days and are arriving at your de