Bendera Putih is a growing movement to help those who have found themselves on the poverty line since the borders closed. But there have been many sympathetic Sabahans helping those in crisis since lockdowns were imposed.

Malaysia closed its borders on 18th March 2020 and lockdown has been with us in one form or another since then.

We’ve ping-ponged between everything closed (except the essentials) and all movement denied, to everything opening up again and free inter-state travel allowed.

In Sabah, inter-district travel has frequently been banned, as it is at the time of writing.

As you can probably imagine, this last 18 months has been a royal pain in the butt for us:

But, unlike many of the people here:

The Federal and state governments have released hundreds of millions of Ringgit for aid. But the sad reality is that although they are trying to do their best help has not reached all the people who need it.

The rise in poverty and destitution is tangible. We’ve seen retailers, street stalls, and markets, cafes, B&Bs, workshops and hotels boarded up and abandoned. 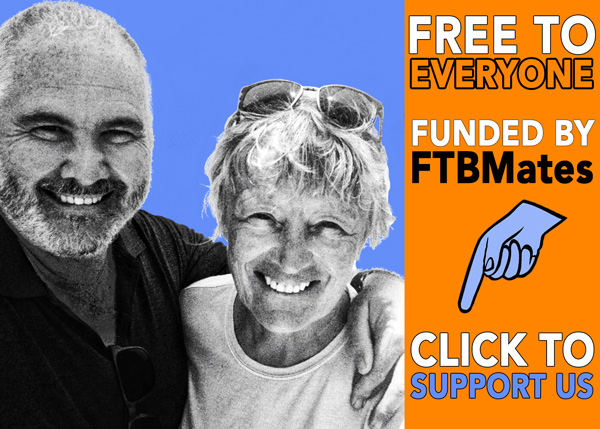 With the government unable to roll out their aid programme to everyone who needs it, many poor and hungry people have relied on the compassion of their communities and neighbours or help from NGOs.

In the last couple of weeks, the #bendaraputih campaign has prompted a visceral response from Malaysians of all religions and backgrounds to roll up their sleeves and provide comfort and practical help to anyone who needs it, no questions asked.

The campaign even reached our ears. So, with the help of the few other boats here in the marina, we collected bags of milk powder and baby formula to help under-nourished children.

The current National Recovery Plan has restricted free movement in Sabah, which meant cruising around looking for white flags wasn’t really an option. So Alvin Teh (our friend and shipping agent) came up with another suggestion: we took our milk powder to a couple of his contacts who have been helping those caught in the poverty trap since the lockdown started its stranglehold.

First we met Peggy Liow and Allan Mah, who have been providing aid out of their own pockets (and those of their friends!) since last year.

Many of those affected by the lockdown are stateless people who receive no aid from the government. It’s a delicate historic situation between the Philippines and Sabah, but the impetus to resolve it has been slow. The families have been tolerated, even welcomed, in Sabah for half a century, generations of them providing good, cheap labour.

In the good times everybody won. But the pandemic changed all that. so now, in the bad times and with no official state aid, they’ve been left to rely on their own resources or the help of naturally caring Sabahans.

It’s probably worth mentioning that it’s not just stateless people who are falling through the bureaucratic cracks. There are native Sabahans within the remote interior who have not been reached by the authorities. Although entitled to government aid, many are never registered in the first place so they’ve slipped through the safety net.

Access to these remote areas is usually off-road or via small rivers, and that’s where Annie Tseu, organiser of the Community Outreach Sabah NGO, comes in. Her organisation has been helping Sabahans for many years, but the work has increased since the pandemic hit.

We’re honoured to highlight these two inspirational women in our video, they are just two among many kind-hearted people here.

So, what next for us?
Well, we’re here until the borders open up in neighbouring countries…

When’s that going to happen?
We’re watching the Philippines, Taiwan, S Korea and Japan, to see if/when they will allow us to sail there.

Tourism (both foreign and domestic) is a huge part of Sabah’s economy, and the authorities are desperate to get moving again to allow people back to work and out of the poverty trap. The priority is to get 60% of the population immunisedm, so it is sending out mobile clinics to the remote areas, and (according to press reports) more doses are arriving every week.

The state is making huge efforts to get the numbers of immunised up and the number of hospitalised down.

There’s a way to go, but we’re doing our bit and have had our double shots.

Click the link below for the full conversations with Peggy and Annie and to learn more.