The combined Sulu and Celebes Seas, between Sabah and the Philippines, is one of the most treacherous places in the world for kidnappings and piracy. Yacht crews have been taken and murdered in this no-go area and Abu Sayaff is still wreaking havoc there. So why are we heading that way?

Back before the world changed, we were appointed as the ‘media boat’ for the last leg of the annual Sail Malaysia Passage to the East rally.

This annual rally starts in Langkawi and passes through the Malacca Strait, round the tip of Malaysia to Tioman Island, then across the South China Sea via the Anambas Islands to Borneo where it makes landfall at Sarawak and finishes on the east coast of Sabah.

Anyone who knows us knows we’ve already sailed on our own to all these places and we’re not really ‘rally’ people. But the last leg round north east Sabah is new to us and takes in some pristine natural habitats, including virgin rain forest along the Kinabatangan River and one of the top three diving spots in the world at Sipadan.

When borders began to close in Malaysia and around the world, the organisers were obliged to shelve the rally project. Malaysia’s MCO (movement control order) meant that the nation’s waters were strictly off limits to all shipping.

But quietly in the background, Sabah’s tourist board and the rally organisers worked together to see if they could put on a mini rally just around Sabah’s coastline for any sailboats who happened to be there.

The problem is that the waters of eastern Sabah are some of the most notorious in the world for kidnappings and piracy. So the only chance we’ll ever get to see this part of the world is to go with the rally. And you may be wondering why a rally would be safe?

Sailing in this area once a year is made possible because the rally has secured one helluva a military escort, overseen by ESSCOM, the Eastern Sabah Security Command, headed up by the charismatic Datuk Hazani Ghazali, who we were privileged to meet the other day when we were invited to join the pre-rally security meeting. 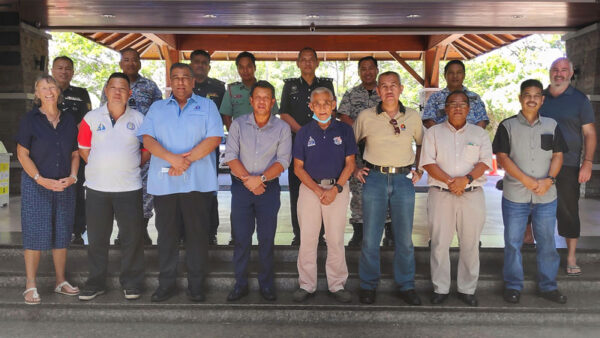 Lined up with ESSCOM and rally organisers

The rally organiser, Sazli Kamal Basha, made a presentation to ESSCOM about the importance of the rally to Sabah’s tourism and introduced us as the ‘lead’ boat. (Anyone familiar with cruisers knows that there’s no such thing as a leader, we are all independent spirits at heart).

Dato’ Tengku Adlin, Sabah’s tourism and eco guru, regarded as a living icon by its inhabitants, told us that he believes the natural beauty of this corner of SE Asia, with its rich wildlife in the water and on land, makes it the ‘Caribbean of the East’. 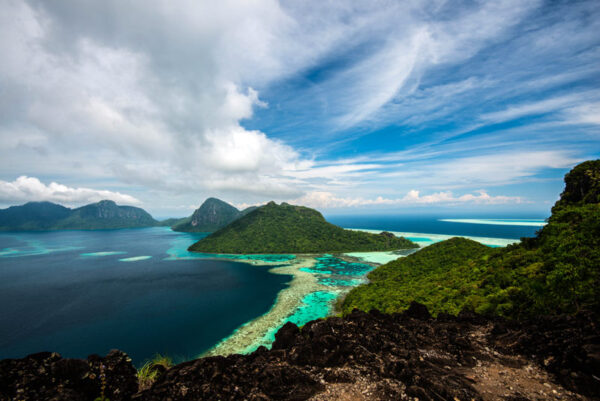 We’ll be finding out soon enough if this claim is true as we cover the rally in real time (or as close to possible) on our YouTube channel and blog over the coming weeks.

After the security meeting finished we slipped in some sailing, man was it good to get out those sails.

It had been a while since we properly ran all of Esper’s systems so we had a mini shake down while talking through a whole load of stuff from keeping your bearings clean, charging the batteries, how we manage our four sails and where Jamie got his sunglasses from…

Don’t miss the drunken sea shanty recital in the video, by old salty sea dog Roy of “Roy’s Ropes”. Most of it is bleeped, but we think you’ll get the gist.

Thanks for following us!

Why are we sailing through pirate waters (again)? - followtheboat
7ads6x98y